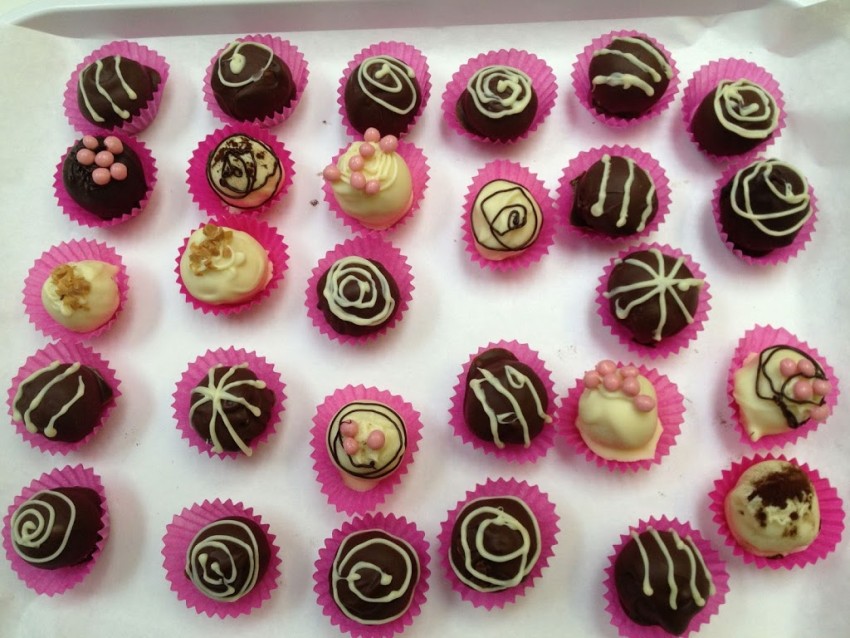 The moment of truth arrived this weekend. On Sunday evening it struck me that was four months to the day until I turn 50, and it has to be said that the “get fit for 50” campaign has been somewhat derailed. In my defence, my recent rampant over-indulgence has been due to a combination of circumstances: DD1 (aka Delia) being home from Paris for a week; significant quantities of comfort food being consumed to combat snow-induced hunger; a few lunches with friends (rude not to!) plus a 21st party to attend…Oooh, and let’s not forget my blogging mission for Crail Food Festival which took me, on Easter Monday, to a chocolate workshop courtesy of The Pittenweem ChocolateCompany (merci mille fois, Sophie).
Then there was last weekend, most of which I spent at The Peak Sports Village in Stirling. ‘But surely spending hours at a sports venue could only be beneficial to your diet,’ I hear you cry. Well, it certainly would have been if I’d actually been doing any sport. But, in fact, it was Son+Heir who was on “active duty” at Forthbank with Scotland U18 hockey team who were playing two international matches vs their Welsh counterparts.  While the lads were training, Yours Truly spent several hours in the excellent cafe at The Peak, imbibing hot chocolate and downing bacon rolls – rounded off with a (small) tub of Irn-Bru ice cream.  Yes, such a delicacy does exist, and very tasty it was too.
And it didn’t stop there, because on Sunday SuperGran and I set off through to Auld Reekie to watch/listen to DD2 tooting her flute at Edinburgh Studio Opera’s concert of Mozart arias.  To refuel the fatigued flautist post-concert, we headed pronto for Pizza Express, where a generously proportioned caramelised onion and goat’s cheese Padana pizza leapt entirely unbidden on to my plate!
Suffice to say that reading the scales on Sunday night was about as cheering as reading Les Miserables while suffering simultaneously from raging toothache and an ingrown toenail. Action was (is!) most certainly called for.  So I immediately announced to HunterGatherer my intention to try the 5:2 diet (as featured in a documentary by Dr Michael Moseley – if any of you folks have tried it, do leave a comment, as I’d be really interested to hear your experiences).  Of course, I should have known better than to expect any helpful encouragement. HG’s grinning – and rather uncharitable, I felt – response to my triumphant declaration of dietary intent was: “Hmm, 5:2 diet. Does that mean five bars of chocolate to every two apples?”  Ah, how well he knows me…
Apr 8, 2013Karen Elwis
Uncategorized153

Heaps of snow and heaps of cookies
How much chocolate indulgence can a girl survive...?