New Year – a time for looking in both directions at once 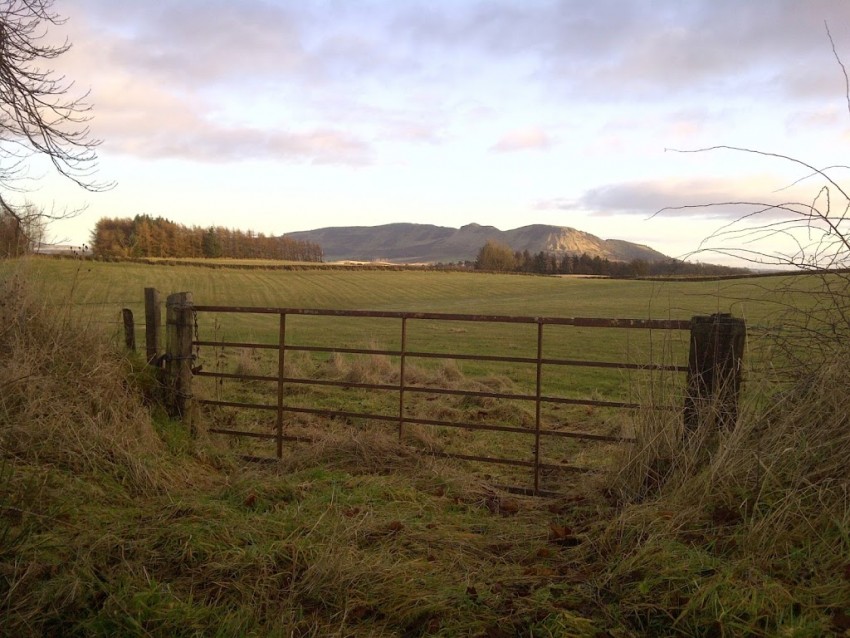 One of the very few information gems that I retain from my laborious years of Latin learning at school is that the first month of the Gregorian year stole its name from a rather obscure ancient Roman God called Janus.  He sticks in my mind because of the fact that, being the deity in charge of doorways and gateways, he’s depicted with two faces – one pointing backwards and one forwards. Strikes me this would be a very handy attribute indeed if you’re a mother or a teacher!

Anyway, I digress… As it’s still the first week of the New Year, there’s a bit of looking both backwards and forwards in this post, à la Janus. The ‘looking backwards’ activities have involved Yours Truly curling for the first time in 30 years and meeting up with three friends I worked with a decade ago. The ‘looking forwards’ has been HunterGatherer’s domain i.e. sorting out his polytunnel.
Yesterday afternoon I attended a free “try curling” session organised by the Royal Caledonian Curling club and re-familiarised myself with the terminology of the “roaring game” (so-called because of the noise of the heavy granite stones trundling up the sheet of ice).
After two hours, I had readily become re-acquainted with terms such as “hurry” (to sweep a stone quickly), “ice!” (get out of the way pdq or a supersonic 50lb stone will take the knees from under you…) and “house” (the rather quaint name for the multi-coloured target at either end of the rink).
What I found rather less easy to get to grips with was how much effort it took to do all the necessary crouching at ground level.  My feet, ankles, knees and hips were thoroughly unimpressed (and are still making this fact known today).  Still, the 90 minutes passed in a flash, and I have to say that the whole experience was very positive (sore joints notwithstanding). Perhaps when the time finally comes to hang up my jolly hockey stick, I’ll maybe even give curling another whirl.
Then today, I had the pleasure of meeting up with three former colleagues from my previous life in the translation industry.  As one of our gleesome foursome now lives in the USA, such meetings are rare treats, and all the more special for that very reason.
We convened at Baxter’s restaurant just off the M90 near Kelty in Fife and, over a very yummy scone and hot drink (plus mandatory glass of Irn Bru for our male US-based friend who suffers severe withdrawal symptoms in Wisconsin!), we caught up on several years’ worth of news. We also commiserated with each other (being the sad, pedantic linguists that we are) about the sorry state of spelling in the universe.
The linguistic world duly put to rights, it was back up the M90 to supervise operations in the polytunnel – in preparation for the start of the new growing year here at the Sparrowholding.  To stop grass and weeds from creeping in from the outside, HunterGatherer has – as an experiment – lined the sides of our polytunnel at ground level with a few of the fleeces we’ve had sitting aimlessly in our garden shed since shearing time in June.
The fleeces in question couldn’t be sold for spinning to my lovely customer Vikki at Eden Cottage Yarns, because we use sawdust and wood shavings in our sheep shed to keep the poor souls dry in the muddy winter months.

Unfortunately, as we have discovered to our cost, the said wood “bedding” has a nefarious effect on fleeces – namely it permeates the fleece, rendering it virtually unspinnable.
So if we want our lovely chocolatey wool to be fit for jumper-making in the future, we need to find a viable an alternative, non-wool-invading bedding material for next winter. All suggestions gratefully received!
Jan 6, 2013Karen Elwis
Uncategorized79