Sheep breakfast in the snow at the Sparrowholding – and why Blox are best!. February snowfall in Scotland. 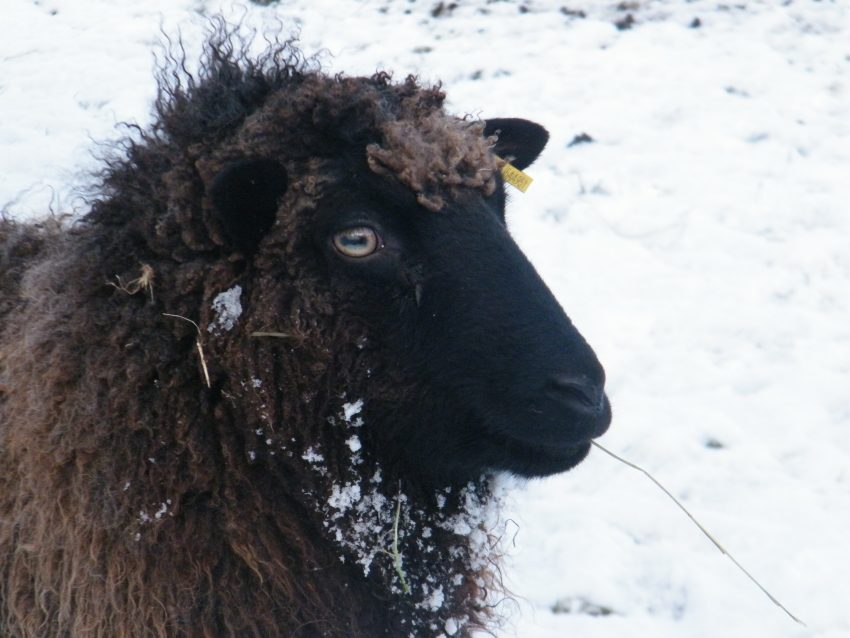 The unexpected snow at the end of last week meant that extra rations were required for the chocolate sheep, and they certainly weren’t slow to run up the field when they saw said rations arriving… The short video clip below shows the general melee as everyone tries to work out which tub holds the tastiest morsel (they all contain exactly the same, of course, but try telling Socks, Pipsqueak, Pickle and their friends that!!!).

Having a FarmerBruv is very useful at times such as this, as his Timothy Hay Blox go down a treat with our woolly jumpers 🙂 They also have the additional benefit (if you happen to have to go out to work in ‘decent’ clothes afterwards) of being extremely quick and easy to distribute. I’ve been known to stand at the edge of the paddock and practise my ‘shot putt’ skills to ensure they land on a mud-free area of the grass.

The other benefit is that they don’t blow away in the wind as hay and chop tend to do. It would take a pretty hefty gale to move these 1 kg blocks. And talking of their weight, that’s the other advantage of the Blox: you know exactly how much you are feeding every day, whereas with a hay net you need to use scales to be sure (with hay being very variable in its weight per ‘wad’). 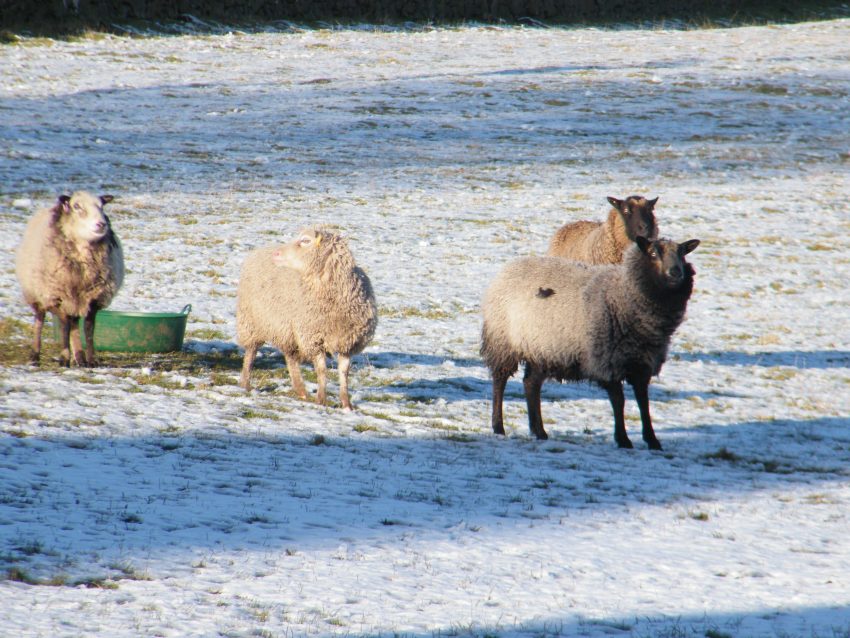 Looking for our next meal! 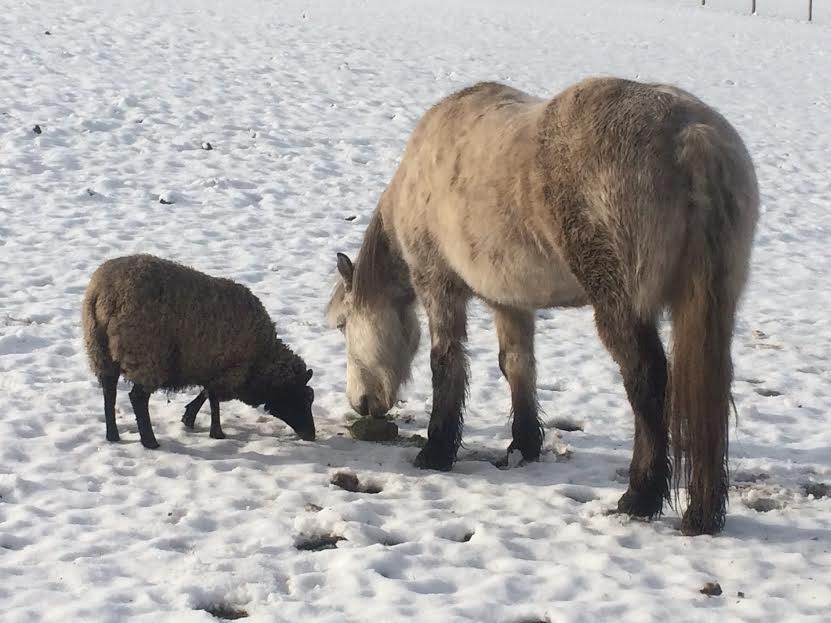 If only we humans were as good at co-existing… 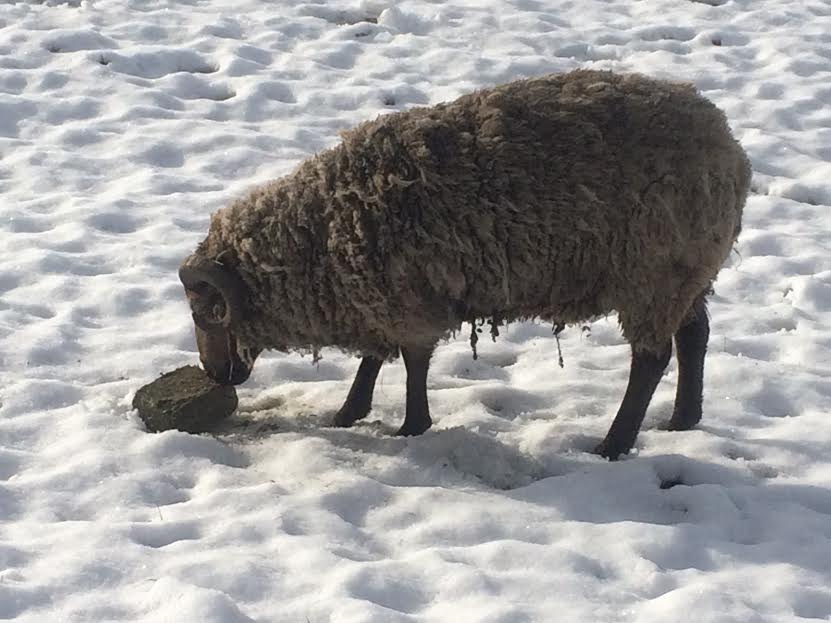 Ivan the Tup has his own Blox, though!! Having horns helps 😉

The snow has disappeared very quickly, though that’s meant two extremely soggy paddocks for now… The garden and the garage here at The Sparrowholding have been similarly affected. HunterGatherer hardly dares venture into the garage in case he finds something too awful!! Roll on the spring… 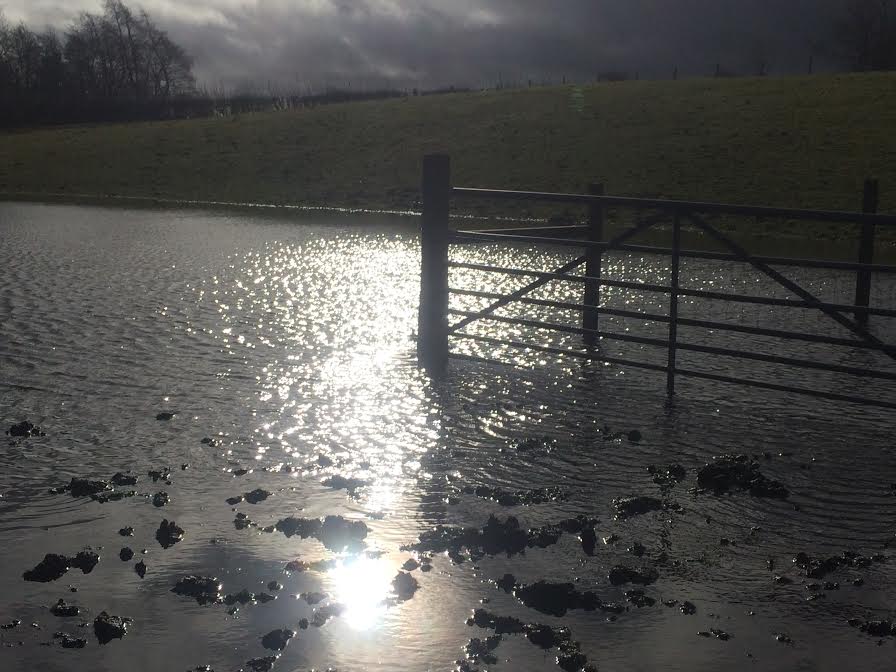