When you’re sick of being sick 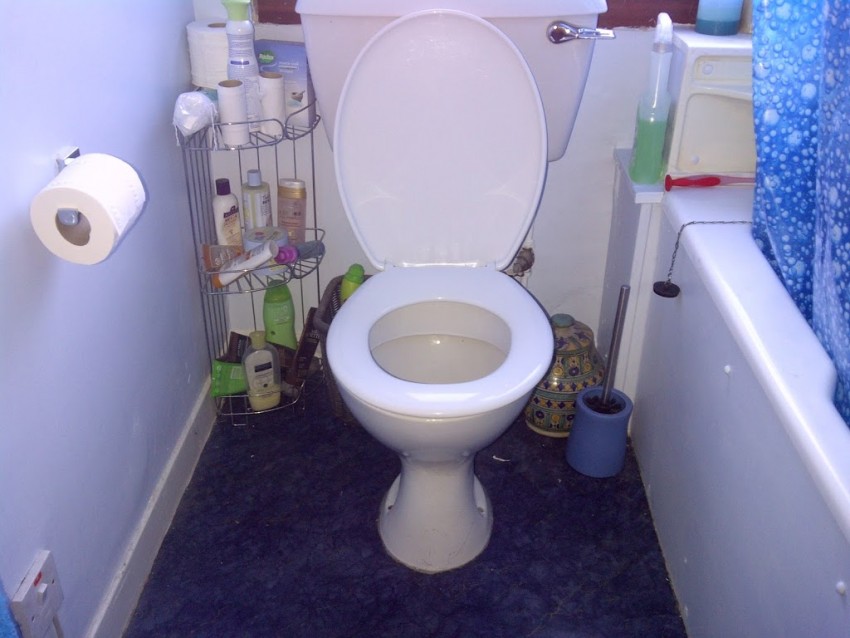 I have to confess that I don’t often pay much attention to the royal family as I go about my daily life. It’s not that I have any particular antipathy towards them. Quite the contrary in fact – they seem pleasant enough folk. It’s rather that I’ve never really had anything in common with any of them.  Until this week, that is.
The situation changed overnight, with the public announcement a few days ago that the Duchess of Cambridge had been admitted to hospital suffering from an unfamiliar sounding illness known as ‘hyperemesis gradivarum’.  Derived from a combination of Latin and Greek words, this term translates as ‘excessive vomiting by pregnant women’, and I should certainly know because I was unlucky enough to suffer from it badly in each of my three pregnancies.
It is difficult to describe to anyone who has not experienced this little known condition, which affects between 0.2 and 2 percent of pregnant women, just how debilitating and unpleasant hyperemesis can be.
Let me state, in my defence, at the outset that I am not – and never have been – a ‘sicky’ person. In fact, before I fell pregnant at the age of 27, I’d probably not been sick more than a dozen times in my life.  My stomach seemed to be pretty resilient and I took it for granted.
When I began to feel nauseous around 6 weeks into my pregnancy, I just got on with it at first. However, slowly the nausea began to take over every waking minute of my day and – worse still – I began to throw up.  But not just in the mornings as the name “morning sickness” suggests. From the 8thweek of my pregnancy onwards, I turned vomiting into an art form 24/7.

If HunterGatherer even as much as waved an unopened can of baked beans in my direction or allowed the smell of whatever delicacy he was eating (out of sight) to invade the room where I was skulking (as far from the kitchen as humanly possible), I had to make a mad dash for the loo, to worship on my knees at what was to rapidly become my porcelain shrine.  It wasn’t long before I reached the milestone of throwing up an impressive 100 times in the space of one week – not bad going, eh?

Only actually it was pretty bad.  From before I even opened my eyes every morning, the familiar wave of overwhelming nausea would engulf me and despite trying every possible remedy imparted to me by family, friends and medical professionals, nothing would stem the wretched retching until I fell back to sleep, exhausted from the physical effort of the constant heaving, at night. I tried having tea (which I don’t normally drink) and a ginger nut biscuit or dry crackers before sitting up each morning – fail. I tried pressure wristbands used for travel sickness – fail. I tried mint in every shape or form – fail. I tried to keep eating, gradually weeding out the foods that were the most unpleasant to bring up again (mashed potato springs to mind as one of the worst!) – still a massive fail.
HunterGatherer, who was at that point a member of the local Life Boat crew advised me that at sea one eats oranges when being seasick, as they’re about the only things that taste the same coming up as they do going down!  And he was right, you know.

It didn’t seem to matter what I did.  Sickness became a way of life.  By good luck, at that point in my life, I was working as a freelance translator from home, so there were no colleagues to disturb with my antisocial habits.  As I sat typing away at my computer, an expectant bucket was strategically positioned beside my left foot. Unfortunately, during that less than happy period, one of the texts I had to translate was for the Ministry of Agriculture and focussed on every intimate detail of the stomach-churning production methods used for traditional pâté de foie gras in France. To be honest, I reckon that what I learned in that document might have made me sick even without the help of the hyperemesis…

During those Halcyon hyperemetic days, the only food that managed to stay put in my steadily shrinking stomach space was that healthiest and most nutricious of snacks, the Mars Bars. So my GP told me just to keep eating those as often as I could to at least keep some calories in my system. That was, without doubt, the one and only positive about the whole hyperemesis experience: guilt-free Mars Bar consumption! On the other hand, the weight was dropping off me, and I was becoming extremely weak, ketotic and dehydrated, despite consuming what felt like gallons of electrolyte drinks.

By about 11 weeks into my pregnancy, I was utterly ‘puggled’ (not a medical term, but very evocative of the way I felt). Seeing that I was metaphorically and literally on my knees, the local GP referred me to hospital where I was duly admitted and – as happened to Kate – promptly wired up to I.V. fluids.  Ironically, after I’d been on the drip for a few days, my brother visited me and proclaimed that he reckoned my complexion was the clearest he’d ever seen. This was probably due to the fact that for once in my life – I don’t often feel thirsty and often forget to drink enough –  I’d actually “ingested” (albeit intravenously!) the recommended amount of fluid each day for a normal human being.

The doctors offered me drugs to curtail the sickness, but well aware of the terrible and lasting side-effects that a previous notorious anti-emetic had on thousands of unborn babies in the early 60s – I was adamant that I wasn’t going to let any chemicals of any sort pass my lips while I was carrying my precious cargo.
Several ‘I.V.’ days later, things began to improve. I started to be able to keep toast down, and I swear the welcome, appetising smell of those first slices of toast that stayed put in my tummy still lingers in my nostrils today. Once I was able to keep a reasonable amount of food down, I returned home, and although I was still feeling horribly nauseous at 17 weeks, I was throwing up far less frequently.
By about 24 weeks, I only felt sick occasionally, and I cannot begin to tell you what an utter joy and relief it was to wake up in the morning and go through a whole day feeling relatively “normal”.  It certainly rammed home to me how incredibly lucky I was that I only felt this awful when I was pregnant i.e. when there was a very exciting and pleasant reason behind the sensation.  I was, and still am, acutely aware that many others experience severe nausea on a long-term basis for far less pleasant reasons. Moreover, when discovered that Charlotte Bronte is thought to have died of hyperemesis, I also felt immensely grateful to whichever scientist invented the first IV fluid equipment.  I wonder who he or she was?
Unfortunately, none of the obstetrics experts at the hospital deemed it necessary to warn me that hyperemesis can become worse with each pregnancy, so I duly went on to have another two bambinos and spent longer on a drip each time.  Third time round, they almost ran out of veins to put the drip in by the end of my hospital stay.  Perhaps I should have realised then that this was a bad omen and that the resultant infant would cause me more teeth-gnashing and pulling out of hair than the other two put together! Perhaps, on second thoughts, it was better to remain blissfully ignorant…
My memories of hyperemesis are very strong. In addition to feeling unspeakably yucky, I also felt envious when I saw other pregnant mums-to-be who were literally “blooming” – while Yours Truly looked and felt “blooming awful”. Somehow I felt like a failure as a mother even before my first baby was born. So I have to confess that Kate has been in my thoughts quite often this week.  If I could contact her, it would be to pass on something that my obstetrician told me, no doubt to try and make me feel better when I was continuously throwing up and feeling rather sorry for myself. He pointed out that hyperemesis is caused by high levels of pregnancy hormones, and that this generally means a well-established pregnancy i.e. less risk of losing the baby. That was indeed a comforting thought, even as I knelt repeatedly at my porcelain shrine. And now, when I look at the young adult outcomes of my three bouts of hyperemesis, I remind myself that all those weeks of bucket toting and mashed potato regurgitation did have a few advantages, after all :-).
Dec 7, 2012Karen Elwis
Uncategorized64