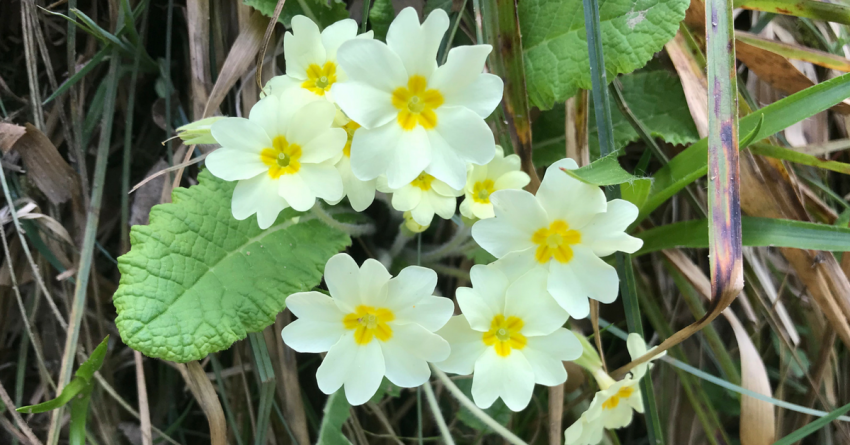 Talking of things sheepish, we’re hoping that this year’s wool harvest will be good, as it transpired last year that some of our lovely girlies’ wool is exceptionally ‘fine’ – in the literal sense of the word! As I reported in the March update, late last summer a 'friend of a friend' of mine asked if she could have a fleece to spin for the 2018 Royal Highland Show (if you’re interested in country life but have never been before, and you live within travelling distance of Edinburgh, get it on your bucket list now!). Meanwhile here at The Sparrowholding itself, HunterGatherer has only recently begun his spring planting activities in the garden. The winter went on for soooooo long that we are at least a couple of weeks behind last year, so the “tub meister” has had to make up for lost time this past couple of weekends! Currently, there are giant red tubs containing all manner of veggies adorning our vegetable patch, and some of the seeds are just poking through the earth. We've been asked on several occasions where he sources his tubs, and the answer is that they are empty sheep mineral lick tubs (which also make great sleeping places for lambs, it transpires!).

It's reassuring that the garden is back in action again with the advent (finally!) of spring in Scotland, but I have to confess that it’s sometimes a tad demoralising when we see all our fellow gardening and smallholding Instagram friends from 'doon sooth' posting photos of full-grown plants. However, such are the joys of living in these precarious Scottish climes – and there, are of course, compensations... From Shetland fleece to Shetland shawl: Tufty’s coat of many colours 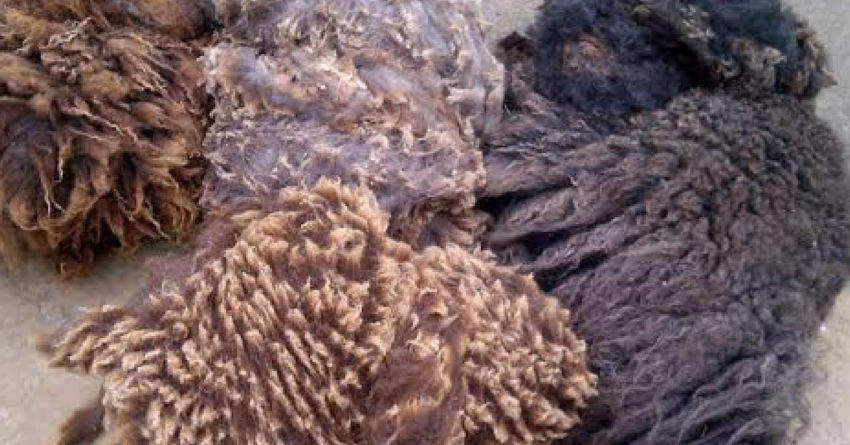 Some of you may remember that last June I posted a short video of HunterGatherer, using old-fashioned hand clippers to shear Tufty’s gorgeous Shetland fleece. Well, the stunning fleece which appeared in that self-same video has been on a rather exciting journey since the day it left The Sparrowholding later that summer in the car boot of a friend of a friend, who just so happens to be a keen spinner and knitter. As you’ll see from the (many!) photos in this blog post charting the fleece’s progress after leaving us, it was first washed to remove any grubbiness (not that our lovely sheep are particularly unhygienic, you understand, but paddock life isn’t immaculate either!). Tufty looks a gorgeous milk chocolatey brown colour if you see her in the field, but while being washed and spun, her wool seemed to change hue slightly and in some of the photos K. kindly took, it looks almost grey.

After Tufty’s coat of many colours had been washed and allowed to dry, K. (the ‘spinning lady’) discovered that the fleece was so beautifully fine that she didn’t actually need to card (or ‘comb it out’ to you and me) it and she was able to start spinning it into yarn straight away. Once K. had spun sufficient yarn for her intended purpose – a shawl – she got out her trusty knitting needles and began to create the gorgeous Shetland shawl which you’ll see in the photos below. HunterGatherer and I were so excited to see the end result. Doesn’t it look fab? Now who wouldn’t want to cosy up in that soft sumptuous woolliness on a chilly evening? The 'spinning lady' spun the yarn and created the shawl with the intention of exhibiting it at the Royal Highland Show at Ingliston near Edinburgh in the summer of 2018. I’ve certainly got the date writ large in my diary and the plan is for HunterGatherer and me to go along and admire it if it is indeed one of the exhibits in the WRI tent. I might even take a photo of it home with me to show the lovely Tufty and her cheeky twins! The process that transforms it from a fluffy fleece to a finely spun yarn is slow and labour-intensive.

However, the end result is absolutely amazing, and perhaps one day either HunterGatherer or I will have to try our hand at spinning so we could create a home-spun yarn here at The Sparrowholding. Time alone will tell... 7 Supreme Scottish Gardening Blogs Features Square Sparrow. Gardening in Scotland is not for the feint-hearted!. 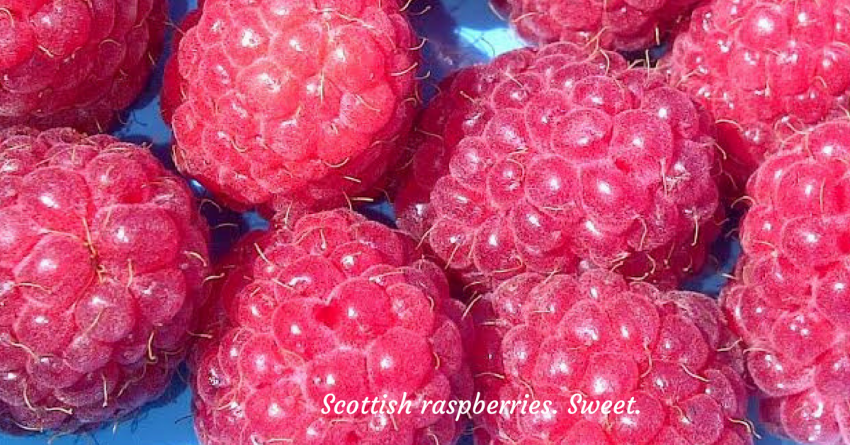 We were thrilled to be featured in this autumn list of top gardening blogs by the lovely folk at Thompson & Morgan Seeds. Our garden here at The Sparrowholding is still – even after 20 years! – very much a 'work in progress', and we have so much we still want to do. Nothing to beat vegetables homegrown in a Scottish garden

Our major impediments (and the reason for the sporadic nature of our gardening blog posts!) continue to be time and money, but even though we may have to cut corners at times and not do everything the way we'd like to, we still have the pleasure of tucking into our own produce for six months of the year (from asparagus and fresh herbs in May through to late plums and fresh herbs in early October) – not to mention leeks and parsnips during the winter months. If you’d like to see more of our photos and short videos, do check out our Facebook, Instagram and YouTube accounts.

Quick shout-out this month for our long-suffering polytunnel, which is a life-saver at times. Literally, a life-saver in mid-April, when it can provide much-needed shelter for newly born lambs, protecting them from sudden spring snow showers and freezing rain. Even our rough-tough Shetland ewes are grateful for a windbreak during the worst of the weather.

Mark you, the little blighters don’t show much appreciation, as the minute they are unleashed in the garden, the first thing they do is try to scale up the side of the polytunnel and put their sharp wee hooves through the plastic. New polytunnel plastic sheeting may be required soon at this rate!

This winter, we’re planning to cut back Vinnie the Vine significantly, as we noticed during our five days in France last summer just how draconian/vicious the pruning of the vines there was. And we presume that in the land of grapes, they know precisely what they are doing. Our hope is that if we follow suit, the savage Gallic approach might help promote the growth of more grapes – a feature that has been significantly lacking in the last couple of years! We’ve had lots of vine and vigorous leaf growth, but very little fruit.

HunterGatherer is sharpening his sheep/vine shears as I write…